Courtesy of The Seminole Tribune
by Eileen Soler – October 30, 2015

BRIGHTON — Salacoa Valley Farms, a division of the Seminole Tribe of Florida, Inc., hosted its first cattle auction on Seminole soil before an ample crowd eager to buy and sell.

“Today is unique. We’ve always had the sales in Salacoa (Georgia), but now we have the first one in our own backyard,” said Brighton Board Rep. Larry Howard. “For cattle people from all over to come out and see what we have, and what we can bring to the table, has been a long time coming.”

“You talk about calf-raising mommas, we got ’em right here,” called Mark Cowan, of American Marketing Services (AMS), one of the nation’s leading cow and bull sales management teams, to the audience of buyers. Cowan sat at the auction table between event auctioneer Tommy Barnes and Alex Johns, who oversees the Tribe’s cattle program and the Salacoa operation.

Seminole Pride is the Tribe’s brand under the Seminole Tribe Board of Directors, which purchased the Georgia-based Salacoa Valley Farms in December 2013. At 4,500 acres, Salacoa is the fourth-largest purebred Brangus ranch in the United States.

Buyers were about 50-50 Tribal member cattle ranchers and other ranchers from Florida and out of state.

Wes Williamson, owner of Williamson Cattle Company in Texas, Alabama and nearby Okeechobee, sold about 200 head.

“We sold a bunch of heifers all bred by Salacoa bulls. Seminole Pride is the best and the word is spreading,” said Williamson, who attended the auction with his wife, Darin, and grandson Brady, 7.

But raising Brangus is not new to the Tribe. Johns said tribal cattle owners began breeding the cross between Angus and Brahman cattle in the 1940s. A concerted effort to build the Seminole cow/calf operation with Brangus cattle began about two decades ago.

“We know Brangus works because we have the research … but what works in Florida doesn’t work for the boys in South Dakota,” Johns said.

Brangus have proven especially resilient to subtropical heat and humidity. They are strong foragers and rapid weight gainers; resistant to fleas, ticks and bloat; hardy and nurturing mothers; and produce leaner and thicker, yet tender and tastier, meat.

Salacoa general manager Chris Heptinstall said science is behind the high-quality product. Armed with a degree in animal sciences from Auburn University, Heptinstall has more than 20 years in the business.

“We are scientists,” he said. “We take the scientific approach to mating and breeding with the branded beef program in mind. They have to be genetically engineered for better rib-eye meat and intramuscular fat because that leads to a happy housewife and a pleasurable eating experience, and when she comes back to the store to buy more meat at premium cost, that’s a good thing.”

Seminole Pride Beef cuts, ranging from inside rounds and peeled knuckles to top blades and Brazilian picanha steak, are sold at Broward Meat and Fish Co. supermarkets in North Lauderdale and Lauderdale Lakes and served in more than 200 restaurants nationwide.

Typically, Brangus heifers are impregnated at about 2 years old and are able to birth a calf every year. New calves feed with their mother for about six months before they are sent to a feedlot. About a year later or less, when they reach about 1,300 pounds, they are slaughtered for beef.

In the case of Salacoa and Seminole Pride Beef, live cattle Brangus rib-eye sections are tested by ultrasound to determine the percentage of its intramuscular fat (IMF,) where taste derives. IMF relates similarly to the degree of marbling in the meat and fat.

“We average 4 percent IMF. It’s through the IMF program that we can correlate carcasses back to the [parents],” and in turn re-ensure that progeny continues and improves, Heptinstall said.

The heifers sold at the Brighton sale were the best in Florida cattle country, said Richard Hood, a veteran cattle genetics executive of AMS who fielded bids from the auction floor.

“This is cattle country in Florida, right here in Brighton and Okeechobee, with the largest ranches and some of the best genetics in the United States,” Hood said.

Johns said he aims to continue building and expanding the Seminole cattle business. Interest in forging a cooperative venture with other Florida cattle operations is growing. About 20 recent buyers were potential co-op members.

Heifers from the recent sale were replacement females for reproduction only.

“We’re trying now to build the brood stock base to produce even more cattle,” he said.

Johns hopes to eventually host a cattle sale that will feature 1,000 head or more.

The takeaway message of the October sale sounded good news for the future, Heptinstall said. Buyers who were already customers of the program were provided first dibs on the choicest and most premium heifers available.

“We’re offering customers a place to market commercial females. We’re already marketing the steer so this is one more step in defining the Seminole program,” Heptinstall said. “We’re a reputation program that pulls customers through the process. Because we offer the whole wheel, the whole circle, it makes sense to buy from Salacoa Valley and the Seminole Tribe.” 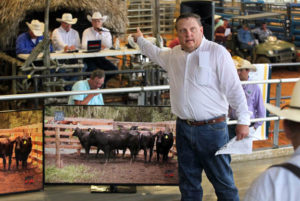 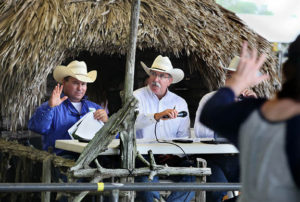 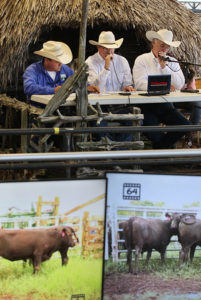 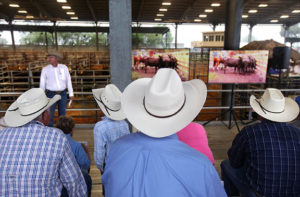 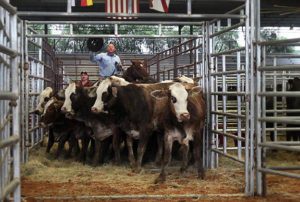 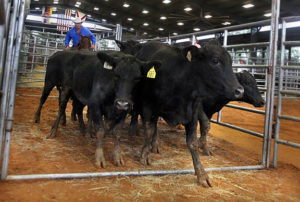 © Seminole Tribe of Florida | Designed by Seminole Media Productions | By using our site, you acknowledge that you have read and understand our Privacy Policy and Terms of Service.